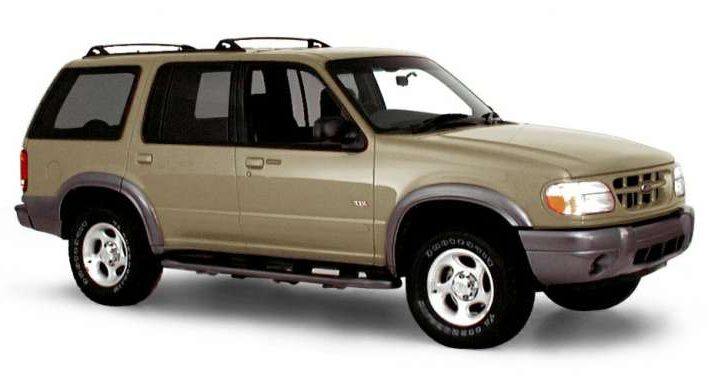 Paul Wilson makes no apologies for driving a Ford Explorer. Yes, it burns a lot of gas and costs $40 to fill up, almost twice as much as a year ago. But when his lease expires, the Los Angeles film-location scout plans to replace his black Explorer with yet another sport utility vehicle–his fifth. Why? Because an SUV is big enough to haul around the tools he uses for work, but mostly because it looks cool. He’s not worried about his Explorer rolling over, even though he’s still riding around on the type of Firestone tires blamed for 203 deaths. “That wouldn’t happen to me,” he says. Wilson has noticed he’s getting more dirty looks on the road lately. “I get comments like ‘road hog’ and ‘gas hog’,” he shrugs. “But I will get another one–unless they’ve been outlawed by the whiners.”

Don’t count on that. Despite soaring gas prices, congressional investigations, global warming and scary headlines about flipping Ford Explorers, SUVs are still selling at a record rate. Remarkably, SUV sales are up 5.6 percent this year, in spite of a slowing economy that has pushed overall auto sales down by more than 5 percent. One in four new vehicles is now an SUV, and Americans are on pace to snap up a record 3.5 million in 2001. For years experts have predicted that the oversize hulks would be a passing fad, killed off by environmental concerns or a new “It” vehicle, but as the SUV boom enters its second decade, it’s only gaining speed.

Its popularity says much about the conflicted psyches of baby-boom consumers. They created Earth Day and then went on to make a status symbol of gas-guzzling four-wheel-drive trucks. Ironically, more SUV owners claim to be environmentalists than do drivers of other types of vehicles. “SUVs are the classic mirror to look at the contradictions of baby boomers,” says Robert Thompson, a professor of pop culture at Syracuse University. Even automakers admit few buyers really need SUVs’ off-road ruggedness, since only 5 percent of them ever venture into the untamed wilderness. “Four-wheel drive is all about image,” acknowledges Chrysler market researcher David Bostwick.

The still-roaring SUV sales should have auto executives dancing in the streets in Detroit. But instead, the suits are experiencing a sickeningly familiar feeling. American automakers invented the SUV and dominated the market in the 1990s, but now buyers are flocking to sleeker Japanese and German models like the Toyota Highlander and the BMW X5. Sales of SUVs made by American automakers are down 2.2 percent this year, and it takes discounts of up to $2,400 to move once-hot models from GM, Ford and Chrysler. Sales of the Lincoln Navigator, once fancied by Puff Daddy, are down 18.3 percent this year; Jeep Grand Cherokee sales are off 19 percent, and the embattled Ford Explorer has plunged 21 percent. Only GM is enjoying an SUV surge lately, but that’s due in part to sizable rebates. Overall, Detroit’s share of the SUV market has sunk from 81 percent five years ago to just 66 percent now. No Detroit automaker is suffering more than Ford, whose Explorer received additional scrutiny in congressional hearings last week. “I’m losing a lot of sleep over what everyone in the company is going through,” Ford chairman William Clay Ford Jr. told NEWSWEEK.

The stakes could not be higher for Detroit. The Big Three make all their profits on SUVs and pickups and actually lose money selling traditional passenger cars. And economists fear that if Detroit loses ground in the $425 billion auto market, it could quickly stall the entire economy. U.S. automakers account for more than 3 percent of the nation’s economic output and keep more than 4 million people working. Watching the threat developing against Detroit, Morgan Stanley auto analyst Steve Girsky says, “This feels like history repeating itself.” 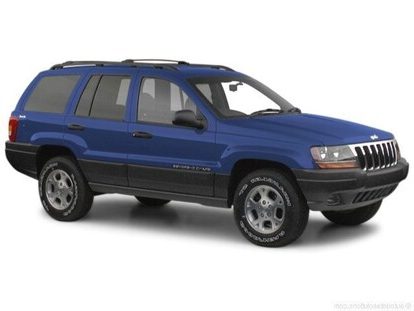 It’s a history the industry would dearly like to forget. After the oil shocks of the 1970s, an entire generation of consumers rejected Detroit’s gas guzzlers and embraced the fuel-efficient, high-quality cars sold by the Japanese. All America’s automakers suffered near-death experiences, with Chrysler requiring a federal bailout to survive. But the SUV pulled Detroit out of its dive. The humble workhorse had been around for decades, dating back to Detroit’s days as the Arsenal of Democracy when it churned out Jeeps for World War II. But the Jeep was transformed into a family car with the arrival of the four-door Cherokee model in 1984. The SUV achieved mass appeal when Ford came out with the well-appointed Explorer in 1990. Finally Detroit had a vehicle for image-conscious boomers, who had entered their child-rearing years and demanded that their families ride in style. Best of all, the Japanese weren’t building SUVs, since they were based on the pickup trucks that were Detroit’s specialty. The go-anywhere SUVs fit perfectly with a consumer culture of overindulgence that demanded all products–from gourmet ranges to power tools–be “professional grade.”

With Detroit racking up record profits from SUVs, however, the Japanese found a way to nose into the market in 1996. Lacking pickup trucks, Toyota engineered the small RAV4 and Honda built the CR-V on the frames of their popular small cars. Young consumers flocked to the perky models, priced under $20,000, and the Japanese had suddenly created an entirely new niche: the car-based SUV. The generation that fell in love with Camrys and Accords began discovering it didn’t need Detroit anymore. The shift is already starting at Kent Ritchey’s Memphis, Tenn., Toyota dealership, where he sees lots of Ford Explorers traded in for the $25,000 Toyota Highlander. Built on a Camry chassis, a four-wheel-drive Highlander gets up to 22mpg, compared with the Explorer’s 19mpg. Toyota executives believe the Highlander could eventually outsell the Camry, America’s No. 1 car. “People laughed at the Camry 15 years ago,” says Ritchey. “They sure ain’t laughing now.”

Having carved out the small-SUV niche, the Japanese are now taking aim at Detroit’s biggest profit machines. The $32,000 Toyota Sequoia and $35,000 Acura MDX each seat seven, just like the big boys from Motown. “We’re targeting trucks,” says Tom Elliott, vice president of Honda, Acura’s parent. A $25,000 Honda version of the MDX, which analysts expect to be a big hit, will go on sale next year. Acura dealer Marc Blitzer already has more customers than he can handle at his Norwalk, Conn., store. He began turning away buyers when his waiting list reached nine months. “People come in demanding this car,” marvels Blitzer. “I’ve never seen anything like this.”

Detroit’s designers are desperately playing catch-up in the market they pioneered. At GM’s suburban Detroit research center, product futurists are trying to reinvent SUVs for the next generation of buyers. Sitting in beanbag chairs arrayed before a giant video screen suspended from the ceiling of a darkened, windowless office, the GM staffers review computer images of new SUV concepts. Wall-size photos of tattooed and pierced teenagers surround the mostly middle-aged product planners. Their research tells them the children of boomers will not spurn SUVs as their parents rejected station wagons. But Gen Y-ers are looking for more utility and less vanity. They want seats that pop out and roofs that retract–the automotive equivalent of a Swiss Army knife. “The old formula won’t work,” says Adam Bernard, who’s on a GM team targeting young buyers.

For now, though, most of Detroit’s new SUVs still follow the bigger-is-better formula. GM has high hopes for its imposing new Chevy Avalanche “ultimate utility vehicle,” which fuses a big pickup-truck bed onto an SUV body. At nearly three tons and more than 18 feet long, the Avalanche gets just 13mpg in city driving. And coming next year is the hulking $50,000 Hummer H2 model, which GM unveiled in January, complete with rooftop infrared night-vision camera for those reconnaissance missions to the mall. This fall Ford dealers will begin selling a $60,000 “Shaq SST Expedition,” an even beefier version of the jumbo SUV, equipped with a DVD player and Italian leather seats specially selected by Lakers star Shaquille O’Neal.

In a way, the psychology of SUVs comes down to “I Want to Be Like Shaq”–big and immovable. Americans buy SUVs because they appeal to their “reptilian brain,” which controls basic survival instincts, says Dr. Clotaire Rapaille, a French medical anthropologist who has studied the psyche of SUV owners for Detroit’s automakers. “People tell me, ‘If somebody bumps into me, I kill them, they don’t kill me’,” says Rapaille. Critics say that arms-race mentality has fueled road rage and made highways unsafe for cars that don’t match the might of an SUV. “SUVs enable people to act out the idea that no one else exists on the road,” says L.A. psychologist Cheryl Pappas. That kind of self-centered attitude showed up in a Chrysler study comparing SUV owners with minivan drivers. On the surface, the two groups have much in common: both are affluent, well- educated, suburban married couples in their 40s with children. But a minivan owner is more interested in helping others and is likely to be involved in church and social organizations. SUV drivers are more focused on their own needs and like others to think they are single and hip, even if there are kids behind those smoked-glass windows. “There’s a certain image that I want to convey,” explains Jeep Grand Cherokee owner Emily McCary, a 37-year-old mother, “and minivans will never be cool.”

Selfish or not, SUV owners say they feel much safer riding in a big vehicle. But federal safety officials warn that high-riding SUV drivers are three times more likely to die in a rollover crash than motorists in cars. Last week Consumer Reports told car buyers to avoid the Mitsubishi Montero Limited SUV, which the magazine says tipped dangerously in its driving tests. (Mitsubishi disputes the tests’ accuracy.) Still, seat-belt-wearing SUV drivers have a much better overall chance of surviving crashes because they are surrounded by so much heavy metal. Jan Greer was sure glad she was driving a big Ford Excursion when she was broadsided last winter by a small Subaru sedan. The Subaru was totaled, but Greer’s SUV suffered only a dented door. Best of all, her 3-year-old child sleeping in the back didn’t even wake up. “I bought this thing because it was a big iron tanker that wouldn’t bend,” says Greer.